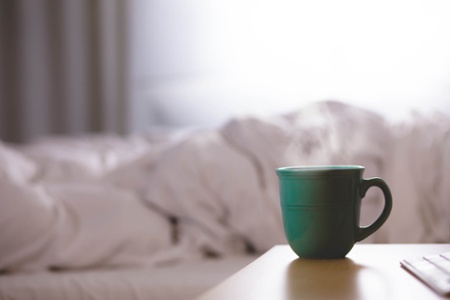 Throughout his successful mayoral campaign and in his inaugural address, Bill de Blasio stressed that New York has become “A Tale of Two Cities” and that he’s committed to tackling the inequality crisis. But after his first month in office, de Blasio’s bill to revise New York City’s law on paid sick leave has small business owners already questioning whether his term presents the best or worst of times.

On January 17, 2014, Mayor Bill de Blasio, along with the speaker of City Council Melissa Mark-Viverito, announced a revised bill for paid sick leave in New York City. The previous legislation, which was passed over a veto by then-Mayor Michael Bloomberg in June 2013, is set to take effect in April of this year. The previous legislation would require businesses with 20 or more employees to offer up to 5 days of paid sick leave, and in October 2015, or 18 months, that requirement would extend to businesses with 15 to 19 employees.

The new bill eliminates the phase-in period, removes exemptions for struggling industries such as manufacturing, and reduces the threshold to businesses with 5 or more employees. As a result, the benefits of paid sick leave are expected to reach 360,000 more employees and affect 40,000 more employers.

While the revision’s intended goal is to begin to reduce the disparities faced by low-income workers, small businesses are divided on its potential impact. Some, like the former mayor, believe that paid sick leave will “hurt job creation and stifle job creation,” thus creating economic impediments that small businesses cannot overcome. Notable resistors, include the restaurant industry, which views the costs of paying someone to stay home, in addition to finding and paying a replacement, too high.

Although New York presents the largest experiment of mandatory paid sick leave—there are no federal legal requirements—it will certainly not be the first to do so. San Francisco instituted mandatory paid sick leave in 2006, and a 2011 study by the Institute for Women’s Policy Research (IWPR) revealed that most employers reported having no difficulty implementing the policy and that it did not negatively affect profitability. Other organizations argue that small business actually benefit from offering their employees paid sick leave because it creates stability, increases productivity, prevents sickness, and lowers health costs. Another New York City focused IWPR report suggests that these benefits will generate millions of dollars in businesses and the New York metro area.

De Blasio’s new bill will likely supersede the prior legislation and take effect in April. Because New York City does not have a labor department, the Department of Consumer Affairs (DCA) will enforce the regulations and will rely on employees to file complaints against those in violation. Rather than bemoan DCA’s ineptitude and the belief they are being blindsided by advanced regulation, small businesses would be better served to look to the established templates set by businesses in the four other cities where paid sick leave has already been adopted and begin to prepare.