There is a debate in Congress on whether the right of employees to form unions should be elevated to a “fundamental right.” Two Democrats proposed a bill to amend the 1964 Civil Rights Act to include labor organizing as civil right, which would allow employees to file claims in federal court, not just in front of the National Labor Relations Board. It’s speculated that this new avenue would enable workers to more efficiently and effectively bring claims against their employers, and combat waning union membership. Critics argue, however, that the right to unionize is already adequately protected and the proposed legislation aims to allow union representatives to compel workers to join.

As it stands now, the National Labor Relations Act (NLRA) protects the right of most private-sector employees to unionize. The limited exceptions to the NLRA’s employee coverage include: public-sector employees, agricultural and domestic workers, independent contractors, those employed by a parent or spouse, employees covered by the Railway Labor Act and supervisors. 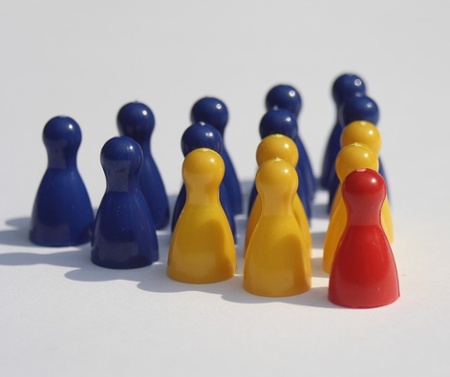 While large businesses might have sufficient resources to handle union efforts, the prospect of unionization is terrifying for many small businesses. So, take a proactive approach and know your rights so you stay on the right side of national labor laws:

Under federal law employees have the right to organize and advance their interests as employees. As a result, an employer cannot interfere with or restrain employees from exercising their rights. For example, employers cannot threaten, interrogate, or spy on employees that are acting together to advance an interest (e.g.,wages and benefits, better hours, refusal to work in unsafe conditions, etc.).

During a union drive, representatives are entitled to visit the workplace to solicit signatures and distribute pro-union material, but they may not disrupt the work environment. Therefore, an employer may prevent any non-employee union representative from entering the the work premises (if the general public is also excluded) and prevent distribution of pro-union material during work hours. However, an employer may not promise benefits to those who reject union efforts or threaten adverse consequences for those who welcome them. In addition an employer may not prohibit employees from wearing union paraphernalia, such as buttons or t-shirts.

Speaking with Employees about Union Efforts

Because of the strong, and perhaps soon-to-be expanding, right of employees to organize, business owners must walk a very fine line to avoid violations of labor laws. To prevent costly litigation and fines associated with violations, Priori Legal will help you find a high-quality labor lawyer at a below market rate.