FTC v. Qualcomm: What It Could Mean for Your Company - Priori
ALL POSTS

FTC v. Qualcomm: What It Could Mean for Your Company 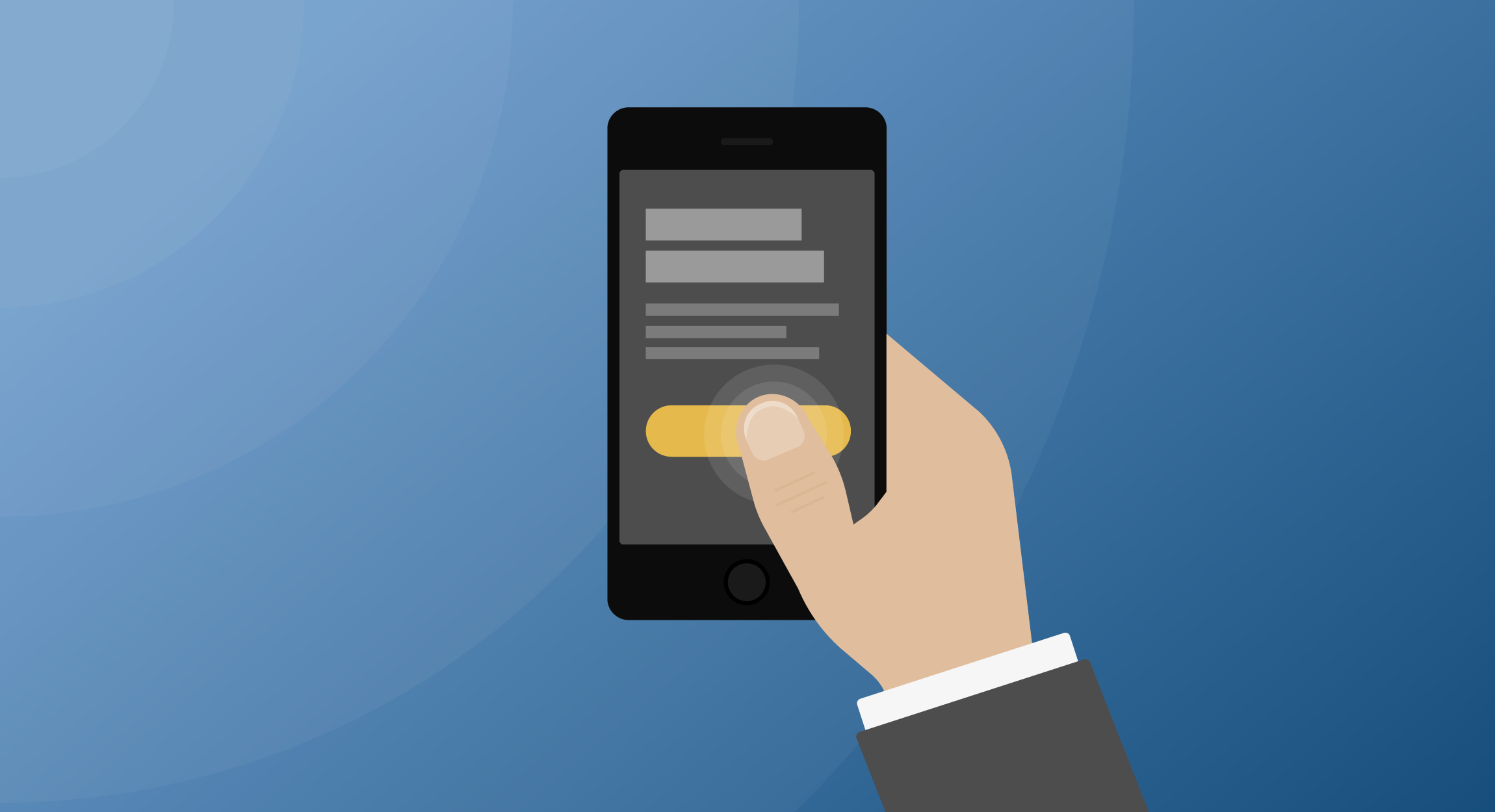 FTC v. Qualcomm Incorporated, filed earlier this year by the Federal Trade Commission (FTC), may shed considerable light not only on the state of the law relating to the licensing of “standard essential” patents but also on the workings of the FTC in the Trump administration. The case alleges that Qualcomm misuses its patent-based “monopoly” in certain microchips used in cellular telephone technology to charge higher than reasonable royalty rates by threatening to withhold supplies of essential chips. The casehas the potential to provide cutting-edge antitrust guidance to holders of technology patents that are or become essential to standard-setting, or to manufacturers who must license patented technology to produce industry standard-compliant products.

Patent Licensing and the Antitrust Laws

At its root, a patent confers a monopoly of limited duration to its holder. The antitrust laws have, for more than 125 years, mostly peacefully co-existed with the patent laws. After all, patents are generally considered to be pro-competitive because they increase incentives to innovate by protecting an innovator from competitors “free-riding” on the innovator’s inventions. Patent-holders have been generally given wide berth in licensing their patents – whether granting licenses or refusing to do so – with limited exceptions.

The United States Department of Justice (DOJ) and the FTC, just days before the Qualcomm suit was filed, released a revised set of “Antitrust Guidelines for the Licensing of Intellectual Property” (Guidelines). These Guidelines provide a road map to what the agency views as safe (and as illegal) licensing practices. Notably, the Guidelines provide a “safety zone” where the license is not “facially anticompetitive” and where the patent licensor and its licensees collectively account for no more than twenty percent of each relevant market significantly affected by the licenses. Larger market shares invite increased scrutiny, but most intellectual property licenses are allowable if they contribute towards an “efficiency-enhancing integration of economic activity” or otherwise have pro-competitive benefits that outweigh any anti-competitive effects. Practices are only viewed as “per se” illegal if they amount to “naked price-fixing, output restraints, and market division among horizontal Competitors,” or if they amount to a coordinated refusal to deal with a third party.

A “standard essential” patent is one that is or becomes necessary to comply with product or technology standards set by an industry or other third-party organization – for example, for uniform engineering or technical criteria, methods, processes or practices. Standards-setting organizations seek to set a common basis for technologies to ensure that devices manufactured by different vendors can work with each other and supporting networks. Examples include USB, HTTP, wi-fi networking – and the cellular telephone technology that is the subject of the Qualcomm suit.

Once patents deemed “essential” to a standard are identified, patent holders typically voluntarily agree to license their patents on “fair, reasonable, and non-discriminatory” (“FRAND”) terms as a condition of being included in the standard. The move makes economic sense – the patent holder obtains an industry-wide market for their patent but loses some control over its unilateral ability to control who uses the patent and how. FRAND commitments, or other public statements or commitments not to enforce patent rights (“patent pledges”) are intended to assure the market as a whole (rather than any specific market participant) that the patent holder will not impede or bar the development of a common technology platform.

The specific contours of FRAND terms and the antitrust liability that can stem from them remain legally murky, despite a considerable number of lawsuits in recent years relating FRAND terms and royalty rates. It is, however, clearly established that “patent holdup” – withholding information about a patent from a standard-setting association and then seeking to enforce patents after a standard is established – can lead to antitrust liability.

In an earlier case also involving Qualcomm, Broadcom Corp. v. Qualcomm Inc., 501 F.3d 297, 316-17 (3d Cir. 2007), the United States Court of Appeals for the Third Circuit recognized that voluntary FRAND commitments can create an antitrust duty to deal and that failure to abide by FRAND commitments can potentially lead to a monopolization claim for violation of Section 2 of the Sherman Act. Standard-setting of all kinds has traditionally been subject to antitrust scrutiny, requiring “meaningful safeguards” to prevent the standard-setting process from “being biased by members with economic interests in stifling product competition.” From an antitrust perspective, this is not surprising: establishment of an industry standard has significant potential to eliminate products or technologies not meeting the standard from the marketplace.

Parties increasingly challenge FRAND royalty rates by seeking a judicial determination of the appropriate rates. For example, mobile phone manufacturers Ericsson and TCL went to trial in early 2017 in a royalty rate dispute. Substantive appellate review of FRAND terms is, however, limited, with the first significant review of a FRAND rate-setting case occurring only in 2015 (Microsoft Corp. v. Motorola, Inc., 795 F.3d 1024 (9th Cir. 2015). Even more limited is case law that goes beyond price-setting and analyzes other aspects of competitive conduct in the FRAND setting that goes beyond contract claims. It is in this area that Qualcomm may prove the most instructive.

Qualcomm is a manufacturer of chips used in cellular telephones. Qualcomm also holds standard essential patents that are necessary for 3G and 4G cellular telephone use. The company has allegedly refused to license certain of these patents to cellular device manufacturers using competitor’s chips, leading to regulatory action and litigation around the world. Notably, the South Korean government fined Qualcomm over $800 million in December, describing the company’s licensing practices as “monopolistic.” Qualcomm has also been the subject of a large fine in China and has been the subject of investigations in the European Union and elsewhere.

The FTC filed its complaint on January 17, 2017, just a few days before President Trump’s inauguration. More than two dozen additional related civil antitrust lawsuits have been filed and consolidated in multi-district litigation in the United States District Court for the District of California. In a press release announcing the filing, the FTC stated, “Qualcomm impedes innovation that would offer significant consumer benefits, including those that foster the increased interconnectivity of consumer products, vehicles, buildings, and other items commonly referred to as the Internet of Things.” The FTC alleges that Qualcomm’s actions are not only a contractual breach of FRAND commitments but also an antitrust violation and that Qualcomm’s refusal to license standard-essential patents to competitors despite its FRAND commitments constitutes an illegal use of a dominant industry position to force manufacturers to pay unreasonable royalty rates. Qualcomm allegedly obtains these royalty rates by threatening to disrupt cell phone manufacturers’ supply of baseband processors unless they agree to Qualcomm’s preferred license terms. Finally, the FTC alleges that Qualcomm “extracted” exclusivity from Apple in exchange for reduced patent royalties, which prevented Apple from working with and improving the effectiveness of Qualcomm’s competitors and their products.

Qualcomm has moved to dismiss the complaint, arguing that the FTC put forth “no coherent theory of competitive harm” and that even if the alleged conduct constitutes a breach of FRAND terms, it is not an antitrust violation. Briefing of the motion to dismiss was completed on June 2, and a motion hearing is scheduled for later today.

Third parties have weighed in on the case as well, with Intel and Samsung Electronics both filing briefs supporting the FTC, along with the App Association and The American Antitrust Institute. Other organizations, such as the Global Antitrust Institute and the Heritage Foundation, have raised concerns about the FTC complaint tipping a market balance in FRAND commitments and possibly chilling future innovation and standard-setting activities.

Where Does the FTC Stand?

The FTC itself is conflicted about the case and the economic and legal theories underlying it. The filing of the complaint was approved in a 2-1 vote of then-sitting FTC commissioners. FTC Chair Edith Ramirez (one of the votes in favor of filing) stepped down shortly after the complaint was filed, leaving only two Commissioners (out of a full complement of five) in office. The current FTC Chair, Maureen Ohlhausen, strongly opposes the case. Ohlhausen has stated that the case “will undermine U.S. intellectual property rights in Asia and worldwide.” However, a majority vote of Commissioners is needed to drop a pending case and the only other sitting Commissioner, Terrell McSweeny, supports the suit. Upcoming appointments and confirmations of additional FTC Commissioners (particularly additional Republican appointees who may share Chair Ohlhausen’s views of the case) will change the balance of the Commission and may lead the Commission to drop the case of its own volition (though private antitrust litigation is likely to continue regardless).

What Could Qualcomm Teach Us?

If the FTC drops the case, that decision would send a strong signal that the current administration will take a relatively more hands-off approach to policing intellectual property licensing practices, leaving that function to private litigants rather than government enforcers. The proliferation of civil litigation against Qualcomm (including a case by Apple as well as consolidated multidistrict antitrust litigation by other litigants) may result in substantive legal decisions from the courts, but licensees in other industries with other patents at issue may not benefit in the next few years from the legal resources that the agencies can bring to bear in enforcement matters.

A decision by the Court to dismiss the FTC’s complaint could rest on several grounds, including technical procedure grounds that may not speak to the central question of the boundaries of FRAND licensing procedures or when FRAND licensing issues may rise to the level of antitrust violations. On the other hand, it is possible that the ruling could lead to a blanket statement (as urged by some commenters) that questions about FRAND commitments are the subject of contract law rather than antitrust law.

Should the case survive the motion to dismiss, its survival will at a minimum signal (as did the prior Broadcom v. Qualcomm case) that there is at least potential antitrust liability for FRAND violations, either in the allegedly favorable treatment of one customer (Apple) or relating to its overall royalty rate scheme. If the case goes forward to summary judgment and/or resolution on the merits of the case, a full discussion of standard-essential patents and FRAND licensing can be expected. 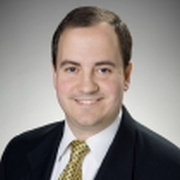 Matthew Liebson is a competition attorney. In addition to advising clients on the legality of their business practices and training them on compliance with antitrust laws and related federal and state regulations on business practices, Matthew also counsels clients on their domestic and international distribution relationships, crafts agreements for these relationships, and advises clients on their rights when relationships are terminated. His clients range from national retail businesses (for whom he reviews and clears advertising and social media, as well as provides occasional antitrust counseling in areas such as resale price maintenance and minimum advertised price) to manufacturing companies (non-disclosure agreements, commercial contracts, business disputes).

You may also be interested in...
Priori Attorneys Working Remotely: Part 1
SCOTUS Creates New Obstacle for Patent Trolls
Trade Secret Takeaways from Waymo v. Uber
Like what you’re reading?
Sign up to get updates.