As a director or producer opening up a production company, you might have thought that putting up with diva-esque actresses and alpha-male actors would be your biggest problem. But the pre-production process presents countless challenges of its own, including financing your project and finding investors, dealing with copyright infringement, location scouting, and negotiating contracts with unions, and renting equipment.

Producers are left with a lot to consider before filming can even begin. This can be intimidating for most, and a proactive approach towards obtaining legal counsel is an essential first step. Face legal dilemmas head-on so that you can avoid litigation, and release high-quality, award-winning projects instead. 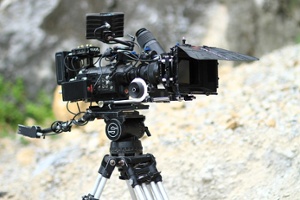 Here are some examples of typical legal hurdles that production companies may encounter:

Corporate Form: The majority of independent media and entertainment companies establish their business as either an LLC (limited liability company) or a corporation. As the entertainment industry necessitates large -- and often risky -- investments, many companies elect to declare their business in one of these two formats to protect themselves from personal liability in the event of large financial losses. While LLCs can be more flexible when distributing profits amongst the producers and business owners, a production company may have to establish themselves as a corporation in order to obtain investors, who oftentimes serve a critical role in financing a film project.

Joint ventures: Producers can act as investors or coordinators of the production of the film or pilot itself. Since producers take on enormous amounts of work during the pre-production process, many producers form joint ventures to split up the responsibilities. Fallouts between producers occur frequently, and so it is essential to create contracts that delineate the expectations, responsibilities, and rights of each producer, as well as the distribution of profits and arrangements in the event that a producer decides to drop the project. Furthermore, producers, seeking to maximize profits, and directors, seeking to preserve their artistic vision, often radically disagree over what the final project should look like. Because they are in control of the finances, producers, for better or worse, sometimes have the final say. Establishing a partnership agreement early on with the help of an attorney is necessary to determine who has the power to make the ultimate decision.

Depending on the size and budget of the film or television pilot you want to produce, both types of business entities have their advantages and drawbacks, especially since tax incentives vary across states. Hire a lawyer to discuss the various projects that your production company plans to work on in order to choose a business structure that serves your best interests.

The film and television industry is incredibly expensive. You want helicopter shots of the New York City skyline? That will set you back thousands of dollars. With large Hollywood studios folding and credit collapsing, even major companies cannot finance big budget projects entirely on their own, and multiple investors are frequently needed to fund films and television pilots.

Sometimes crowdfunding platforms like Kickstarter or Indiegogo just won’t cut it. For most independent film companies, producers must either rely on debt, or gap and equity financing in order to fund their projects. Financing a project with debt can be very costly in the long run, as producers are required to pay interest, and the debt must sometimes be repaid years before a project actually makes profits. As a result, companies usually primarily rely on equity financing. Federal and state security laws can be convoluted and confusing; hiring a lawyer with experience in entertainment and securities regulations can help producers avoid financial losses, or worse, criminal and civil penalties.

Safeguarding intellectual property and avoiding copyright infringement is vital within the film industry, especially when it comes to submitting your projects to film festivals or television networks. Projects must be cleared by production companies -- confirming that the script does not potentially violate any pre-existing copyrights -- before even beginning the production process. Knowledge of films and television programs that have already been released, as well as careful monitoring of your intellectual property (and that of others) will enable you to more successfully market your work. 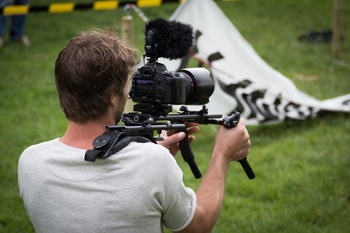 Many locations require permits in order to film in the area. Requirements differ across cities and states, and are regulated by multiple, overlapping commissions. Some permits also require the production company to pay various fees or necessitate the purchase of liability insurance. A lawyer can be helpful to disentangle the complex web of rules surrounding location shooting, and sometimes negotiate contracts and permits with these commissions to obtain the right to film in tightly controlled areas.

SAG-AFTRA, DGA, WGA, IATSE -- the separate professional unions each have their own stringent set of rules and specifications for everything ranging from payroll, to worker responsibilities, to providing employee meals, and all of the guilds require producers to sign contracts in order to work with union members. Especially for larger productions, union representatives are often present on set to ensure that union members’ rights are being followed.

Producers must also collaborate with agents in order to negotiate work contracts, and it is necessary to have an attorney present to supervise the terms and conditions of the agreement. Some employees must have liability insurance. Stuntmen, in particular, work under highly dangerous conditions, and must be well-insured; Universal Pictures is notoriously in the midst of filing a $50 million insurance claim regarding the death of actor/stuntman Paul Walker.

Filmmaking is a collaborative process, requiring a multitude of employees, equipment, locations, and you guessed it -- contracts.

For all the legal pre-production nuances involved, finishing a film is incredibly satisfying. But you entered the business because you love the artistic process, seeing a project progress from the storyboards to the big screen -- not to deal with nitpicky subclauses of contracts and insurance policies. While every director and producer should be aware of and knowledgeable about the legal logistics and responsibilities of the production process, you shouldn’t have to do it all by yourself. Hire a lawyer through Priori Legal, and let an attorney guide you through the maze of laws and regulations.

Special thanks to Ella Gibson for her research and editorial contributions to this article.

You may also be interested in...
Crisis Management During COVID-19 and Beyond
Notes from the Network: An Interview with Business Startup La...
Event Recap: Put It in Writing!
Like what you’re reading?
Sign up to get updates.