What to Expect from Trump's FCC Under Chairman Pai - Part One

In a move predicted by industry insiders, President Trump appointed Ajit Pai as Chairman of the Federal Communications Commission (“FCC” or “Commission”) in the early days of his presidency. Since taking the helm, Chairman Pai has swiftly taken action to roll back a number of Obama-era initiatives. Pai’s initial flurry of actions, his vocal opposition to net neutrality, and his well-reasoned, strongly worded dissents to numerous actions of the prior administration provide insight into how the FCC will operate under Chairman Pai's leadership over the next four years.

In this three-part series, we will examine a number of the early actions taken by the newly minted chairman and outline additional actions that can be expected from the Pai FCC in the coming years.

The first installment of the series will explore the impact that Pai’s recent actions and stated policy goals will have on consumers and the industry. Part Two will examine changes that can be expected on the enforcement side of FCC regulation, as well as other policy changes being promoted by a Republican-led Commission. Finally, in Part Three, we consider the impact that a Pai FCC will have on developing technologies and the expansion of broadband availability.

Rollback of Consumer Protection Mechanisms or Removal of “Burdensome” Regulations?

Chairman Pai’s early initiatives have left a number of consumer groups crying foul, while many industry leaders are encouraged with Pai’s penchant for deregulation. Whether you view Chairman Pai’s early actions as a troubling rollback of vital consumer protection measures or as the removal of unnecessary and burdensome regulations that stifled innovation likely hinges on your politics. Below, we have identified a number of Pai’s early initiatives that have been contested largely along party lines and examine what these actions mean for the next era of FCC regulation.

From the outset, Pai has been a vocal opponent of the net neutrality rules passed under his predecessor in 2015. Net neutrality is the principle that Internet Service Providers (“ISPs”) should treat all content equally – without favoring some sources and blocking others. Pai has made clear on numerous occasions that he views the FCC’s net neutrality rules as a classic example of government overreach. Pai also questioned whether the FCC had sufficient authority to impose the rules in the first place.

From their inception, the rules were popular among consumers but were met with fierce opposition from Republicans and the cable and telecommunications industry. Now that Pai is chairman, many are left wondering whether and how Pai’s FCC will roll back the 2015 regulations. To date, Pai has been relatively silent as to what a roll back of the net neutrality rules would look like or how it might be achieved, except to reiterate that he is in favor of a free and open Internet, but opposes Title II to achieve that goal.

Initially, we expect that Pai will take the path of least resistance by instructing FCC staff to simply refrain from enforcing key provisions of the net neutrality regulations. In a foreshadowing of that approach, Chairman Pai recently announced that the FCC’s Wireless Telecommunications Bureau would no longer be pursuing its investigation into the data plans of wireless providers. Under the prior administration, the FCC had begun looking into the practice of “zero-rating” or the offering of certain streaming services outside of a consumer’s data plan. The initiation of the investigation was part of what Pai and others referred to as Wheeler’s “Midnight Regulations” – FCC initiatives pushed through in the waning days of the Obama administration.

Pai was strongly opposed to the Commission’s move to classify broadband Internet access service as a regulated Title II telecommunications service. While Pai could push for a regulatory reversal of the classification, doing so may not be a simple matter. First, the U.S. Court of Appeals for the D.C. Circuit upheld the rules last year. If Pai attempts to abruptly change course, such an approach would likely be met with legal challenges and, in order to succeed, Pai’s FCC would have to point to some change in circumstances or justification for the about-face. Rather, it is more likely that Pai will instead rely on the Republican Congress to modify the classification. Indeed, there are a number of bills moving through Congress that would greatly weaken net neutrality initiatives. While some welcome a legislative solution on the grounds that it would create certainty for both consumers and the industry, a number of Democratic senators and activists have said they will fight attempts to undermine Obama-era net neutrality protections.

In a move that many say could widen the digital divide for the poor, on February 3, 2017, the FCC’s Wireline Competition Bureau revoked the Lifeline Broadband Provider (“LBP”) designation of nine providers, essentially prohibiting them from participating in and providing broadband services through the Lifeline Program.

The Lifeline Program allows eligible low-income households to receive credits to pay for telecommunications services. Under Chairman Wheeler, the FCC expanded the program to allow participants to use their credits to purchase broadband Internet access services. Pai disagreed with the expansion and raised concerns that the program would be abused. Indeed, the news of widespread fraud in portions of the Lifeline Program cast a long shadow over the program, especially the provision of free phones derided as “Obama Phones.”

Pai’s action has been criticized by those pointing out that low-income Americans are disproportionately impacted by the digital divide, driven in part by the high cost of broadband services. Responding to the criticism, Pai defended the action in his first FCC blog post of his tenure, arguing that his decision only impacted nine out of 900 Lifeline providers. But Pai failed to acknowledge whether any of the 900 providers are actually providing broadband services through the Lifeline Program. Pai also clarified that the nine companies’ applications had not been rejected and were still pending before the Commission. However, he again failed to shed light on when and whether the companies’ designation would be reinstated.

To the passing observer, these revocations appear inconsistent with Chairman Pai’s claimed interest in closing the digital divide. Chairman Pai has made clear his interest in expanding broadband availability to rural areas, as will be discussed in Part Three of this series. But Pai appears to be less concerned about making the service affordable and therefore closing the divide for lower income households. Indeed, when it comes to pricing, Pai’s early actions all indicate his preference for allowing market forces to prevail, regardless of the impact on consumers.

In yet another move criticized by consumer groups, Chairman Pai removed a proposal from the FCC’s agenda that would require cable operators to unlock their set-top boxes and allow third-parties to build their own boxes. Consumer groups and other proponents of the set-top proposal have labeled the average annual cost of a cable box, $200 or more, as outrageous, and they argue that competition would drive down prices. Opponents of the unlocked cable box proposal say it would stifle innovation and competition and that the proposal essentially amounted to a regulatory agency picking winners and losers.

Republican members of Congress had asked Pai to close the set-top proceeding. While not going that far, Pai’s removal of the proposal from the Commission’s agenda means that it cannot be voted on by Commissioners. In other words, it is effectively dead in the water.

In early February, the Commission dramatically shifted course when it notified the U.S. Court of Appeals for the D.C. Circuit that it would no longer be defending its own rules that were designed to cap the high costs of calls made by prisoners.

The case before the D.C. Circuit stemmed from FCC regulations passed in 2015 by a 3-2 vote along party lines. The new regulations capped the per-minute fee paid by state and federal inmates for both interstate and intrastate calls. The new rules had already been subject to a prior legal challenge that resulted in the D.C. Circuit temporarily blocking some of the rules from taking effect. As a result, the FCC issued a revised version of the rules, which again came down to a 3-2 vote.

The leading providers of prison calling services, along with state attorney generals and law enforcement from several states, challenged the FCC’s authority to impose caps on calling services. Proponents of the rules cite to the practice of prisons choosing calling providers not based on the lowest calling rate, but based on the amount of the commission to be paid by the companies to the prisons. The case remains pending before the D.C. Circuit.

A number of Pai’s early initiatives were undertaken to roll back the “Midnight Regulations” of Chairman Wheeler. Indeed, Pai defended his actions by citing to what he saw as Wheeler forcing through a number of initiatives at the 11th hour. That said, despite’s Pai’s umbrage at his predecessor’s approach, he has also faced criticism from Commissioner Clyburn and Democrats for his “Friday News Dump” – specifically, pushing through his initiatives with little prior notice and failing to provide sufficient reasoning for the decisions.

Similarly, many have expressed early concerns about what Pai’s early actions will mean for consumers. However, it is not all doom and gloom. Pai’s stated regulatory priorities include fighting robocall abuse and narrowing the digital divide in rural areas.

As will be discussed in more detail in Part Two of this series, we fully expect Chairman Pai to take a much narrower view of the FCC’s jurisdiction and to curb the expansion of its jurisdiction through enforcement proceedings. However, where Pai believes jurisdiction solidly rests with the Commission, he will not shy away from rigorous enforcement. In particular, we expect to continue to see strict enforcement of the Telephone Consumer Protection Act, slamming/cramming prohibitions, and the prevention of fraud in the universal service programs. 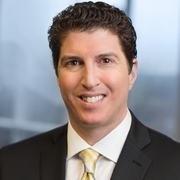