As more of us use web-based and mobile apps in our lives and work, the process of creating and managing those interfaces becomes increasingly important. Whether it is agreeing to the terms of use by clicking “I Accept” or engaging a web developer to create and manage your business presence on the web, understanding everyone’s rights and obligations – and their limits –  is critical.

Web developers work in a hybrid arena, somewhere between the traditional IT development sphere on one hand, and the creative world of artists, photographers and designers on the other. The multifaceted nature of web development results in unique agreements and legal issues. Thus, neither a traditional IT license and maintenance agreement nor a typical Work For Hire (“WFH”) Agreement is enough to sufficiently protect your business. A good web development agreement, however, has aspects of both, which can be in conflict if not addressed carefully.

Who Owns the Work?

Traditional software development and licensing agreements, cloud software included, have the premise that the developer owns all the Intellectual Property (“IP”) rights to the developed software, and licenses the right to use the software. The user’s rights are described and delineated in a User Agreement or Software License. Thus, the user can use the software in certain limited ways, and generally is not allowed to modify it significantly, or sublicense it for commercial use. This model is a significant aspect of web development agreements.

The IP rights to creative works, such as artwork, logos and photos are typically explicitly assigned to the person paying for them via a WFH Agreement. WFH agreements also explicitly describe the creator’s obligations regarding the assignment of IP rights to the client. However, the creator usually owns all the interim designs, notes, sketches and other work product developed in the course of arriving at the final product. This model is also an aspect of web development agreements.

Developing a website requires both software development and creative work, and can create some tension in negotiating an agreement for design and development services. The software is what allows the website to operate, and the creative work is what the user sees. That can include logos, specialized or unique aspects of the site’s appearance, artwork, photos, the layout of the content, colors, shapes, and anything else that contributes to the user experience of the website or app.

Thus, a website development agreement will include an IP ownership section, typically confirming that the developer owns the software, and that the client owns the final version of the creative aspects, mainly related to the appearance of the website.  This split in ownership rights exists because the developer’s ability to develop properly functioning software is limited by the constraints of the underlying software itself. That narrows the number of ways in which a certain result can be achieved. Tipping the balance of ownership to the client means that the developer’s ability to develop similar applications in the future is complicated by the legal prohibitions on re-using techniques and processes that the developer may have learned or perfected in the past.

The client usually owns any final artwork, because its creation and perception by the user are so different from that of software. As with WFH agreements, the designer usually retains ownership of interim designs and work products that were developed as part of the design process. The ability to create artwork to express a feeling or to create a mood is limited largely by the imagination and technical capabilities of the designer. A software developer will have more constraints placed on him/her than a website designer as a result of the way that the underlying software platform functions. A website designer has more options available to him/her, and can therefore create a similar mood or user experience by any number of means. In addition, in many websites and apps, the designer’s contribution – the appearance and ease of use - may be considered more central to the overall user experience than the developer’s contribution, how the website actually processes information and provides the service sought.

Although these are the typical means for allocating ownership of the website’s technology and functionality, there are other ways to allocate ownership of the IP rights. Some clients insist on owning all of the IP rights to the website, both for the software developed and the design. That model generally is more expensive than bifurcating the rights, because when a developer sells the software, he or she no longer has the right to re-use concepts, learned efficiencies and clever development tricks, which are all harder to come by given the constraints imposed by a specific software platform.

WFH agreements tend to be quite short because their main purpose is to define what the final product is and to affirm that it will belong to the client upon completion. Software agreements are longer, and contain obligations and statements of warranty, liability limitation, and indemnification that relate to what the developer will do if the software fails or becomes unusable for certain reasons. Some also contain obligations by the developer to maintain the software and to improve it over time. Web developer agreements may also contain these provisions in connection with the delivered software. However, they may not, and that can reduce the price of the software and lessen the developer’s other obligations. It is important to be aware of how much a web development agreement resembles a software agreement in this regard. Web development agreements often have payment and invoicing practices similar to those in software development agreements, in which a significant portion of the project fee is paid upon signing the agreement, or shortly thereafter. Then, as milestones are achieved in the functioning of the software and the appearance of the website, the remainder of the fee is due.

The process of designing a user interface can require many iterations of discussion, testing and interaction between the designer and the client. It can be more difficult to describe the design than to describe the pure functionality of the underlying software. Because the designer is creating something that will involve the end user to a great extent (which is less significant to the process of developing software), designing a website requires significant back and forth. Therefore a well-drafted web design and development agreement will spell out meeting schedules, goals and participants.

Even the best designed project can end up changing in scope as the process gets underway. It is quite important to be aware of this, to establish clear milestones in order to avoid scope creep, and to have a process to address it as it occurs, so that the project does not spiral out of control.

Sophisticated web and app design has spawned a new way of delivering functionality to users much more simply and efficiently. A lawyer can help you implement a web development agreement that ensure you will be compensated for the full value of your product, which may be even higher than expected as technology evolves. 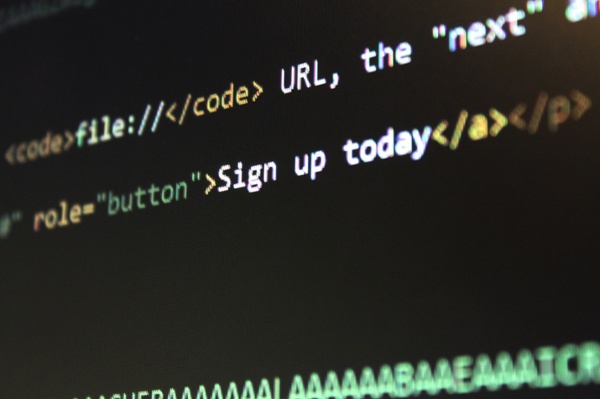 If you'd like to work with Anne Wolfson or a lawyer from our vetted network on web development agreements, submit a free request today!

Read more from Anne Wolfson: Technology Licenses – What Are They Good For?

Anne Wolfson is a transactional attorney with expertise in financial regulation and technology. Anne has provided legal counsel on commercial and regulatory issues related to the development, use and ownership of technology, data and intellectual property, both domestically and internationally for a diverse range of clients including government, law firms and the private sector.

You may also be interested in...
How to Make a Successful Legal Marketplace Profile
Webinar Recording: Building a Tech-Powered Practice
Priori Attorneys Working Remotely: Part 3
Like what you’re reading?
Sign up to get updates.