Did Goldieblox Violate the Beastie Boys' Rights by Parodying Girls in a Commercial? - Priori
ALL POSTS

Did Goldieblox Violate the Beastie Boys' Rights by Parodying Girls in a Commercial?

This post is part of Priori’s new blog series “From Our Network,” where we feature lawyers in our network discussing important issues small businesses face. In today’s post, intellectual property lawyer David Boag breaks down the legal issues at stake in the Goldieblox v. Beastie Boys fiasco that's unfolded over the past couple weeks. 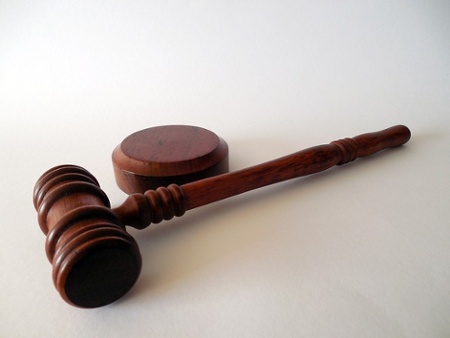 Beneath last week’s headlines about the Sonic the Hedgehog balloon in the Macy’s parade (it hit a tree) and whether you should brine your turkey (it’s more trouble than it’s worth) lay another story: the rumblings of a copyright donnybrook between the Beastie Boys and a little-known socially conscious toy company called Goldieblox.

The details are straightforward. Goldieblox created what they claim is a parody of Girls, the Beasties’ chauvinistic 1986 single. In the Goldieblox video (available here, for now), young girls are shown rejecting traditional pink princess stereotypes in favor of science and engineering, to the tune of Girls, but with modified lyrics. Rather than do the dishes and laundry, girls now build spaceships and code and engineer. Go ahead, compare the two.*

The Beastie Boys, who don’t allow their music to be used for advertising purposes, were concerned at the use of nearly the entirety of one of their songs in a marketing video. Attorneys for the Beastie Boys called Goldieblox, after which the toy company launched a pre-emptive strike in federal court in California seeking a declaratory judgment that their parody was a fair use and not copyright infringement.

A predictable flood of news articles and blog posts ensued, followed by an open letter from the Beastie Boys. The dust-up left as quickly as it came when Goldieblox changed the audio track in the video, removing the Girls parody and professing their admiration for the band.

A few facts color the dispute. (1) While Goldieblox has a mission to expose science and engineering to young girls, it is nonetheless a for-profit company and its video was a marketing tool. (2) Before he died last year MCA (nee Adam Yauch) included the following provision in his will: “Notwithstanding anything to the contrary, in no event may my image or name or any music or any artistic property created by me be used for advertising purposes.” (3) Isn’t this the same band whose 1989 masterpiece, Paul’s Boutique, contains, by some estimates, as many as 300 samples, layered and rearranged to form a new whole? 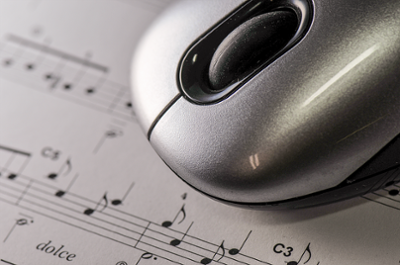 Co-opting a copyright holder’s right to reproduce, distribute, or prepare derivative works, among others, is ordinarily copyright infringement. However, the Copyright Act provides a “fair use” exception to infringement where the work has been used for purposes such as criticism, comment, teaching, and the like. 17 U.S.C. § 107.

“Fair use” is left undefined in the Copyright Act, but four factors are given for evaluating whether a use is fair: (1) the purpose and character of the use; (2) nature of the copyrighted work; (3) amount of the work used in relation to the whole; and (4) effect of the use on the potential market for the copyrighted work.

As much as it pains me to say it, I think that the Beasties would have lost had the case gone further, in large part because of this. Yeah, remember those guys? I had forgotten too.

In 1994, the Supreme Court held that 2 Live Crew’s parody of Roy Orbison’s Oh, Pretty Woman was a fair use. Imagine the nine justices sitting around a table listening to that song. The leading case on parody and fair use thus became, Campbell, aka Skywalker, et al. v. Acuff-Rose Music, Inc., 510 U.S. 569 (1994).

Where 2 Live Crew took a clean-cut original to a vulgar extreme, Goldieblox appears to have done the opposite. Goldieblox’s use is analogous and likely qualifies as fair use. Let’s looks at the four fair use factors:

The nature of the use by Goldieblox (Factor 1) is unambiguously commercial. As much as Goldieblox would like to dress this up as a social message, they are selling products, and the video is a marketing tool. Indeed, where a parody is used to advertise a product, that use is entitled to “less indulgence” than the sale of the parody on its own. Campbell at 587.

Nevertheless, commercial use is but one element of this first factor, which also looks for criticism or commentary, which is more likely a fair use. The Goldieblox video is arguably a parody and comments on the sexist nature of the original. Transforming the original to a new work (something that the Copyright Act values) also helps. Advantage: Goldieblox.

The next inquiry (Factor 2) is the “value” of the work and whether it lies close to the intended purpose of copyright protection (think a novel as compared to a factual compilation). This factor is “[not] likely to help much in separating the fair use sheep from the infringing goats in a parody case, since parodies almost invariably copy publicly known, expressive works.” Campbell at 586. Draw.

As to Factor 3 (amount used), Goldieblox helped itself to nearly all of the music in the two-minute original song, though it superimposed parodic lyrics and the song itself is a fairly simple repeating arrangement and xylophone loop.

Context is critical here, since parody requires “recognizable allusion to its object.” (Campbell at 588). In other words, parody requires borrowing enough of the original so that the end result is recognizable as a parody. Whether Goldieblox took more than it needed to establish the parody is a close call, but a comparison to the parody of Campbell likely tips the balance to Goldieblox.

Factor 4 looks at market harm and the extent to which use the usurps the original. It is hard to conceive how Goldieblox’s actions will have any impact on the Beastie Boys’ ability to generate revenue from Girls (other than a brief uptick in iTunes sales). Goldieblox takes this one.

On balance, the four factors lean ever so slightly to Goldieblox. The wholesale taking of a song for commercial purposes—and against an author’s dying wishes—is troubling, but Goldieblox’s transformative use is hardly the same as playing the song in the background of a Buick commercial.

The case seems little more than a publicity grab on the part of Goldieblox (you didn’t know their name before, but you do now). Of course the Beastie Boys would react, and of course the dispute would garner attention as this month’s David and Goliath story. Even though it backed down, maybe Goldieblox still won.

* Full disclosure: I am a big Beastie Boys fan, and once saw the late MCA in Murray’s Bagels on Sixth Avenue. He was with his family so I didn’t say hello. Alas.

David A. Boag practiced for over 12 years with a New York City intellectual property boutique where he handled a wide range of intellectual property matters for a client base ranging from Fortune 100 multinational corporations to sole proprietors and inventors.  David’s experience includes patent, trademark, and copyright litigation, strategic prosecution, licensing, and dispute resolution, among many others. David has an undergraduate degree in computer science and worked as a software developer prior to law school.