In part one of this two-part event recap of Priori’s recent roundtable, where I led a conversation on patent litigation defense strategies, I covered how and when to respond to demand letters. This week, I’m focusing on what to expect before going to trial as well as alternatives to the courtroom.

At this point, you’ve gotten the demand letter and have decided to respond and/or get an opinion letter. Now what? If you’ve been served with a Complaint, you have options to help mitigate the cost of managing a patent infringement claim, from trial alternatives to preliminary actions and adequate methods of preparation that should optimize your chances of success.

Consider these options at the outset of a patent infringement claim.

As a third party who does not own the patent, you may file for an Inter Partes Review. IPRs are trials that “review the patentability of one or more claims in a patent, only on a ground that could be raised under §§ 102 or 103, and only on the basis of prior art consisting of patents or printed publications.”[1] IPR is often a good means to get a stay and can be cost effective due to limited discovery. An IPR can be viewed in some cases as a less expensive mini-trial, since (assuming the defendant has a strong 102 or 103 invalidity position) the parties can arrive at the outcome of the patent litigation without going through the entire traditional patent trial and its attendant costs. Note that, as an alternative to IPR, Post Grant Review is also available for most patents with an effective filing date on or after March 16, 2013 and that Post Grant Review allows for a broader spectrum of patentability challenges.

Many federal district courts have rules that favor early ADR – there are a number of forms of ADR, but for the purposes of this general blog, we’ll focus on mediation.  In general, mediations early in the litigation process aren’t successful in fully resolving the case and coming to a complete settlement. What they do allow for, however, and which can be a big benefit, is the ability to meet the opposing party face-to-face (often for the first time) which can lead to at least the beginning of a settlement dialogue. If the plaintiff is a non-practicing entity (NPE), they may have more interest in early settlement, but often even NPEs view an early mediation as a time to posture for settlement at a later ADR session.  As for entities that practice their patents, any type of ADR can give you a good understanding of whether the plaintiff wants to settle or go to trial and how strongly they believe their claims read on the accused products. Keep in mind, you’re not talking directly to the other party during mediation, as the mediator will generally speak to both parties separately, but the process gives you an opportunity to talk to them at the beginning and the end of the mediation. ADR can be a very pivotal part of the case; it can be meaningless or very meaningful, depending on who the plaintiff is, what their goals are, and how strong each party believes its position to be.

In the majority of patent litigation cases, the claim construction hearing, otherwise known as the Markman hearing, is key. During the Markman hearing (and with supporting documentation), parties to a dispute espouse to the judge how to construe claim terms in dispute. This can get as particular as defining a single word within a patent claim. Once the judge issues his or her ruling on how the disputed claims are to be construed, both parties will likely have an understanding of who would win if the case went to trial and whether or not it makes more sense to settle. The best thing you can do in-house when it comes to Markman hearings is to get your litigators together with whoever has knowledge about the prior art and the products themselves and allocate your budget well. When it comes to budgeting for patent litigation, you’ll find it most helpful to divide your expenses into buckets. In that framework, Markman is a good place to allocate a significant portion of your budget. Markman is one area where you really just need to give your litigators more unfettered control.

Some defendants will look to file a motion for summary judgment (MSJ) – a request for the court to dismiss all or some of the issues in a case due to a lack of genuine material facts in dispute – as quickly as possible to see if they can win the case, but it is very dependent on how strong a party’s non-infringement or invalidity case is and also the local rules of the federal district court, since it can be often difficult to get any MSJ ruling prior to the Markman ruling.

With the passing of the America Invents Act and the formation of the Patent Trial and Appeals Board, IPR and Post Grant Review proceedings have given potential parties to patent infringement assertions alternate avenues to challenge a patent holder’s potential claims.  However, Declaratory Judgment Actions remain a viable option, even with these others, particularly for non-infringement defenses. Essentially what a DJA does is reverses the roles of plaintiff and defendant. Defendants are able to use the claims they would have put forth in their defense to file a countersuit. The significant benefits to DJAs are potentially limiting the time damages accrued, and the ability to file your suit in a forum more favorable to alleged patent infringers than some of the more patent-holder friendly jurisdictions such as the Eastern District of Texas.

There are many factors to consider when devising a patent litigation defense strategy. Work in tandem with litigation counsel to ensure they have the information they need to build a strong case, but never step away entirely. Even when it seems the reigns are completely in your litigator’s hands, the responsibility ultimately falls on you to ensure your success. Stay informed, stay diligent, and you can trust the result will come as it should. 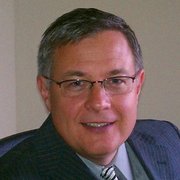 As in-house counsel, Chris Flower has managed the defense of more than 25 high-dollar patent litigations. In his private practice, he represents both large corporations and small startups on a wide range of corporate and intellectual property matters, including trademark prosecution (domestic and international), patent opinions, and intellectual property licensing. To schedule an appointment with Chris, submit a free request here or call 646-650-2025.

You may also be interested in...
Priori, Orrick, Marsh McLennan, Hearst & Zimmer Biomet Share ...
Priori Attorneys Working Remotely: Part 1
Legal Geek North America 2019: Innovation from In-House Out
Like what you’re reading?
Sign up to get updates.