The Trump Effect on the Landscape of Imports - Priori
ALL POSTS

The Trump Effect on the Landscape of Imports

So much has been said about China and India and US jobs and NAFTA in the run up to and fall out from the presidential election that everyone has been expecting significant impacts in our relationships with our international trading partners. Some little-known facts: as much as 80% of all pharmaceuticals consumed in the US are wholly fabricated in foreign countries – or at least the active pharmaceutical ingredients are made overseas. The US imports over 1.3 billion pounds of shrimp each year. The US can only supply about 30% of the latex medical examination gloves that all the doctors, nurses, paramedics and police officers use every day for conducting medical examinations or providing health care services to US citizens. Mexico has been the bread-basket for US and Canada for decades, supplying fresh produce even though such foods would ordinarily be out of season for our markets. We eat fresh fruits and vegetables in January – how is that possible?

You can ask any number of questions about this. For instance, is this “good?” Should we be so reliant upon other countries for our food, drug, medical device and cosmetic supplies? But our question today is “what happens under Trump to all the companies importing these necessities?” “What happens to those jobs, those businesses, those supply chains?”

Customs has put into place an Automated Commercial Environment (ACE) system. It is a single electronic window through which every commercial imported shipment is declared to Customs, FDA, USDA and a host of other government agencies. So the Government has more visibility into what is being imported than ever before. Customs filers (usually customshouse brokers) electronically submit data about each inbound shipment – what it contains, its quantity, its description, its value. Customs then works with the other regulatory agencies to target inspections based upon risk (general and specific) to find cheaters, smugglers and importers of unsafe, non-compliant goods.

FDA has its own risk-based analytical tool, known as PREDICT (Predictive Risk-based Evaluation for Dynamic Import Compliance Targeting). It enables FDA to target its inspection resources on the highest risk shipments based upon a series of criteria, such as the product, the processes used to make the product, the shipper, the country of origin and the importer.

Very recently, FDA restructured the Office of Regulatory Affairs, which manages all field inspectors for all FDA-regulated products. The purpose behind the change was to develop a more specialized inspection cadre, with divisions around the country, concentrating their resources on different product areas, like foods, drugs, biologics, medical devices, and tobacco (think e-cigarettes).

All of these changes and enhancements have come at a time when the US elected a President making broad and sweeping remarks about “trade deals” and treaties he felt were “bad deals.” So what can he do about it and what is he doing about it?

What we have seen is that rhetoric, as such, is a little hard to enforce. But Customs and other federal agencies already have substantial authorities to inspect cargo to ensure compliance with existing trade deals. That is where we see the change. No new rules, really…no new or revised trade deals…really. Just enhanced enforcement and investigations to ensure imported cargo actually qualifies for the benefit of a trade deal. This has resulted, already, in increased inspections and investigations into applicability of trade deals related to tariffs, duties, and other enforcement elements of existing law.

In simpler times – say, in the 1970s – the movement of foreign goods into the U.S. could be thought of as a supply chain – with an origin and a destination and a carrier in between. However, the international supply chain has evolved into a full orbed web of international transactions. Raw materials move across multiple international borders and finished articles may have undergone processing steps in still other countries before reaching the US ports of entry. Efficiencies have required these changes – and trade deals promote them.

Under the Trump administration, free trade agreements with other countries are coming under increased scrutiny. NAFTA, for example, was the subject of a United States Trade Representative (USTR) public hearing on June 27th. Renegotiating this or any trade agreement is a long process. But Customs, Commerce, FDA, USDA and other agencies are not waiting for the renegotiation process. They are seeking their desired outcomes (more penalties, more duty, more money) by simply stepping up enforcement of existing regulations and the terms of free trade agreements.

Customs is already increasing its enforcement of NAFTA terms that significantly increase actions against importers of goods that are non-NAFTA eligible yet they are declared as NAFTA eligible. FDA, USDA, Customs, TSA, DOT, EPA, and INS need only to increase investigations and focus their current resources to produce revenue and look “tough” on foreign suppliers. They can increase the number of Requests for Information, inspections and examinations selectively, based on the foreign sources or commodities they want to emphasize.  By focusing on high value products where there could be country of origin or complex regulatory questions, Customs and their partner government agencies are making use of high value importation bonds and costly penalty actions. All of this with no new legislation, rule writing, or trade negotiations.

There is no escaping international trade. There really are very few products that are “Made in the USA” and most of the things we buy are imported. Companies that import products should continue. Do not expect any new trade deal revisions soon – the talk is enough, and so is the increased enforcement of current requirements. But make sure you understand and comply with all the various regulatory requirements when importing. There is a natural “gate keeper” at the border that does not exist in domestic transactions. And every agency is looking more and more. 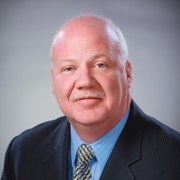 A 17-year veteran of FDA, Mr. England served as Regulatory Counsel to the Associate Commissioner for Regulatory Affairs, and before that as an FDA Consumer Safety Officer, Compliance Officer, Senior Special Agent with the Office of Criminal Investigations, and analytical regulatory microbiologist.

In his current practice, Mr. England provides counsel and advocacy for domestic and foreign companies in regulated industries. He represents clients before USDA, FDA, FTC, EPA, Customs, and other state and federal agencies.