Priori network attorney Jeff Fazio discusses options for responding to third-party subpoenas, including when companies should consider involving outside counsel.

1. What is a third-party subpoena and when might a company receive one?

Although there are myriad reasons why litigants might pursue a third-party subpoena – from seeking highly relevant information that is directly related to a pending lawsuit to obtaining an expert’s knowledge and/or opinion without having to retain or pay that expert for his or her services – there is only one scenario in which a company might receive a third-party subpoena: A party to a lawsuit wants information from that company, and the party’s counsel decides to issue a subpoena to obtain it. Federal Rule of Civil Procedure 45 (and analogous state-court rules) authorizes a party’s attorney to issue a subpoena without involving the court, thereby allowing the party to command the company to allow the inspection of property, produce documents, and/or provide testimony (at a hearing, deposition, or trial).

2. What criteria should companies consider when determining whether to comply with or seek to quash a third-party subpoena?

Generally, it makes little sense to spend time and money challenging a subpoena – assuming that complying with it would not unduly disrupt the company’s business or result in the disclosure of sensitive or confidential information. However, opposing the subpoena may be the rational option if compliance with a subpoena would consume a significant amount of time, require a high-level executive or board member to testify even though lower-level personnel may be able to provide virtually the same information, or potentially harm the company by disclosing sensitive and/or confidential information.

3. What are a company’s options for responding to a third-party subpoena?

The manner in which a company should – or must – respond to a third-party subpoena depends, in part, on what is sought by way of the subpoena. If it seeks only the production of documents, written objections will suffice if they are served within 14 days or the time specified in the subpoena (whichever is earlier). Fed. R. Civ. P. 45(d)(2)(B). If the subpoenaing party insists on pursuing the information, it must then prepare and file a motion to compel compliance.

If the subpoena seeks testimony, however, the timely service of written objections will not excuse an appearance at a hearing, deposition, or trial. See, e.g., Aetna Cas. & Sur. Co. v. Rodco Autobody, 130 F.R.D. 2, 3 (D. Mass. 1990) (“the fact that objections were served is no excuse whatsoever not to attend the deposition. If the witnesses considered that they had grounds not to appear, they were required to file a motion for a protective order”) (emphasis in original).

Regardless of whether the subpoena seeks documents or testimony, the most efficient (and cost-effective) means of responding to it may be resolving the matter on an informal basis (e.g., by agreeing to provide only some of the information sought or by agreeing to appear for testimony on a particular date or under particular conditions). In many, if not most, cases, the party serving the subpoena has no greater desire to incur the cost of litigating a motion than does the non-party who is served with the subpoena.

A motion for a protective order may be sought to “protect a party or person from annoyance, embarrassment, oppression, or undue burden or expense” by forbidding disclosure or discovery in its entirety or by imposing terms and conditions on the disclosure or discovery. Fed. R. Civ. P. 26(c)(1)(A)-(H). In other words, a court may issue a protective order that may excuse the third party from appearing to testify (which has the same effect as quashing the subpoena) or it may impose conditions on when the appearance takes place, what may be asked, or who may read the documents produced in response to the subpoena.

A motion to quash is focused on the subpoena itself and seeks to prevent its enforcement altogether. Fed. R. Civ. P. 45(d)(3). Assuming that the subpoena complies with the basic requirements, The Federal Rules of Civil Procedure contemplate two basic scenarios under which a subpoena may be quashed or modified: those in which the court is requiredto do so and those in which it is permittedto do so.

A timely-filed motion to quash mustbe granted under the following circumstances:

A timely-filed motion to quash may be granted under the following circumstances:

In both of the scenarios described above, a court may order compliance if the subpoenaing party demonstrates “a substantial need for the testimony or material that cannot be otherwise met without undue hardship” and “ensures that the subpoenaed person will be reasonably compensated.” Fed. R. Civ. P. 45(d)(3)(C)(i)-(ii).

4. What duties to preserve arise when a company receives a third-party subpoena?

An affirmative obligation to preserve and to produce subpoenaed materials arises upon being formally served with a subpoena. In re Stillwater Asset Backed Offshore Fund Ltd., 2017 Bankr. LEXIS 1276, *17 (U.S. Bankr. S.D.N.Y. May 10, 2017). Accordingly, a company that is served with a subpoena should immediately ensure that all potentially responsive documents are identified, collected, and preserved for production by:

A company need not choose between complete compliance with or fighting a subpoena; instead it can work with the attorney who served the subpoena to reach an agreement that satisfies both the company and the party seeking the information. (For what it’s worth, the attorney who serves the subpoena is likely to obtain at least as much information – and quite a bit more cooperation – by contacting the third-party company before serving the subpoena for the same reason.) Regardless of who makes the initial contact, however, it serves the interests of all concerned if an agreement can be reached that saves time, effort, money, and other related headaches.

6. Practically speaking, what first steps should a company take upon receiving a third-party subpoena?

The first steps a company should take in response to service of a subpoena will depend on the nature of the enterprise and the information sought by the subpoena. If it’s clear that the subpoena seeks a small volume of non-confidential information and production would not create a significant issue, the steps taken will be far different than a subpoena that seeks a large volume of material that may include sensitive, proprietary information. In the latter situation, in-house counsel generally would want to consider retaining outside counsel for advice and/or to handle the entire matter.

For example, most companies have employees, so a subpoena that seeks information about its personnel will give rise to obligations pertaining to protecting that information. Similarly, a bank’s first priority will be to protect its customers’ financial data, and a subpoena that seeks consumer information might trigger a duty to notify the customers before complying with the subpoena (see, e.g., Cal. Code Civ. Proc. § 1985.3, et seq.) (requiring notice to consumers before “personal records” may be disclosed). Further, a subpoena that seeks highly confidential information about third parties may require refraining from responding unless and until a court issues an order requiring the production of the requested information (see, e.g., 29 C.F.R. § 1635.9(b)(3) (requiring employers to await court order before disclosing information protected by the Genetic Information Nondiscrimination Act of 2008, 42 U.S.C. § 2000ff, et seq.).

7. How can a company determine whether to engage outside counsel or to handle the subpoena in-house?

When it is obvious that simply responding to the subpoena will cause little or no disruption (in terms of the complexity or the volume of the information sought) and will not risk disclosing confidential or proprietary information, the assistance of outside counsel is unlikely to be needed. Conversely, where it appears that the rights of third parties may be implicated and/or the subpoena is likely to be challenged on substantive or procedural grounds, working with outside counsel is far more likely to be appropriate.

8. Compliance with third party subpoenas may be quite costly. What options exist for shifting the costs of compliance to parties to the litigation?

The Federal Rules of Civil Procedure have been amended for the specific purpose of taking the cost of compliance into account when compliance is unduly expensive. Specifically, subpoenaing parties have a duty to “take reasonable steps to avoid imposing undue burden or expense on a person subject to the subpoena” and “the court must enforce this duty by imposing an appropriate sanction – which may include lost earnings and reasonable attorney’s fees – on a party or attorney who fails to comply.” Fed. R. Civ. P. 45(d)(1). See also Fed. R. Civ. P. 26(c)(1) (providing that a “court may, for good cause, issue an order to protect a party or person from . . . undue burden or expense . . .”).

9. What guidelines should a company follow when it comes to documents protected under previous confidentiality agreements?

Although protective orders are intended to prevent “annoyance, embarrassment, [and] oppression,” Fed. R. Civ. P. 26(c)(1), this does not mean that a court may permit a subpoenaed party to refuse to produce responsive information merely because its production would publicly expose misconduct or wrongdoing or might sully a company’s reputation. See, e.g., San Jose Mercury News, Inc. v. United States Dist. Ct., 187 F.2d 1096, 1103 (9th Cir. 1999) (“it is well established that the fruits of discovery are, in the absence of a court order to the contrary, presumptively public. Rule 26(c) authorizes a district court to override this presumption where ‘good cause’ is shown”); Westinghouse Elec. Corp. v. Newman & Holtzinger, P.C., 39 Cal. App. 4th 1194, 1209 (1995) (“California imposes no confidentiality requirements with respect to information obtained through discovery.  Thus, in the absence of an order obtained on a showing of good cause, nothing in California law would prohibit a party’s sharing documents obtained through discovery with a nonparty”).

Conversely, a showing of good cause is quite simple if the subpoena seeks the disclosure of privileged information, a trade secret, or other sensitive information that could cause competitive harm. See, e.g., Phillips v. GMC, 307 F.3d 1206, 1211 (9th Cir. 2002).

Normally, however, the parties enter into a stipulated protective order that requires the producing party to carefully review each page of every document to make a good-faith determination as to whether a document (or portion of a document) meets the criteria for confidentiality under applicable law and then mark each such document (or portion thereof) so that its confidentiality is maintained unless challenged by the receiving party.

If the receiving party objects to the propriety of a confidentiality designation, either the receiving party or the producing party will file a motion to resolve the dispute, but the burden of persuasion remains with the producing party. See, e.g., N.D. Cal. Model Protective Order for Litigation Involving Patents, Highly Sensitive Confidential Information and/or Trade Secrets ¶ 6.3 (“The burden of persuasion in any such challenge proceeding shall be on the Designating Party”) (available online at http://www.cand.uscourts.gov/model-protective-orders). 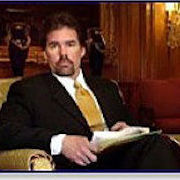 You may also be interested in...
Priori Attorneys Working Remotely: Part 1
Avoiding and Managing Small Claims Litigation
10 Important Elements of Arbitration Agreements
Like what you’re reading?
Sign up to get updates.