Are Startups and Law Firms Similar for Women? - Priori
ALL POSTS

Are Startups and Law Firms Similar for Women?

As an attorney and the CEO of a tech startup, I straddle the worlds of law and entrepreneurship. I have come to realize that the problems that women face advancing their careers are pointedly similar in these two fields.

This realization was something of a surprise, as law and entrepreneurship are so very different. Law is hierarchical while entrepreneurship is diffuse and unstructured. Lawyers are immersed in tradition, where entrepreneurs look to break new ground. In fact, when I made the move from law to entrepreneurship, I had assumed that the lack of structure would benefit women. Rather than a cabal of the old guard deciding your fate, your own merits did. I was wrong.

Entrepreneurship’s lack of structure means that forging networks and finding mentors requires concerted effort. Female founders report that they struggle to be taken seriously by investors—either by being too aggressive and “big for their britches,” or because they encounter expectations that they are too “meek” to lead a large company.

The established hierarchies of the legal profession pose a different set of challenges. To become partner at a major New York law firm, associates must generally bill upwards of 3,000 hours per year for six to eight years, usually during a young lawyer’s 20s and 30s. At the end of that long road, an associate’s fate is in the hands of the existing partners, most of whom are male and white (85% and 95%, respectively). When such a high percent of key decision-makers are male, women often encounter an uphill battle.

These industries are dissimilar in structure, but the same barriers weigh on women in each. An American Express OPEN study of women-owned businesses found that such enterprises now account for 29% of all businesses, but only employ 6% of the country’s workforce and contribute less than 4% of revenues. 73% of female-run startups cater to women, and a grand total of 8% of founders are women running businesses that are not geared toward other women. Despite the fact that women now attend law school in nearly equal numbers as men, a National Association of Women Lawyers survey found that a mere 14% of law firm’s equity partners are women.

In my experiences in both fields, I have benefited from the support of tremendous female mentors, who have blazed the path ahead of me. Women in law and business alike have created powerful networking and mentorship groups, by women for women. These are invaluable, but I don’t think they are sufficient to effect meaningful change. To do that, we must include—perhaps, at times, force—men in the conversation as well.

To make permanent change, we need men to take part in the conversation about workplace equality. That may take the form of organized conferences, networking groups and mentorship relationships, but it also means that we must call out these problems to men when we encounter them rather than talking about it forums for women only. 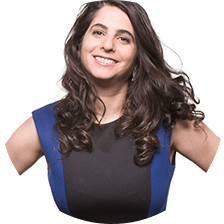 Basha Frost Rubin is the CEO and Co-Founder of Priori Legal, a legal marketplace connecting corporate legal departments and high-growth startups with a network of vetted lawyers at their most competitive rates. She speaks and writes extensively about how technology is changing – and will change – the market for legal services. Her writing has been featured in Forbes, Entrepreneur, TechCrunch, VentureBeat, Inc, Women 2.0 and Under30CEO. Basha holds a J.D. from Yale Law School and a B.A. from Yale College and is a member of the New York Bar. She also sits on the boards of A Blade of Grass and the Rubin Museum of Art and is a World Economic Forum Global Shaper.

You may also be interested in...
A Note from Priori’s Founders
Priori Attorneys Working Remotely: Part 3
The Widening Gulf: How COVID Will Expose Deep Divisions Withi...
Like what you’re reading?
Sign up to get updates.