"Corporations Are People, Too:" What Does Burwell v. Hobby Lobby Mean for Your Business? - Priori
ALL POSTS

"Corporations Are People, Too:" What Does Burwell v. Hobby Lobby Mean for Your Business? 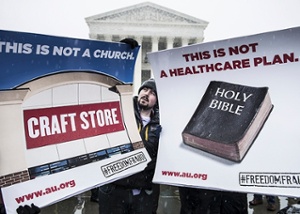 In Monday’s controversial Burwell v. Hobby Lobby decision, one of many recent cases against Obamacare, the Supreme Court ruled that the government cannot force businesses to provide insurance coverage for contraceptives, prompting numerous ethical disputes regarding just how far the First Amendment extends. The case has garnered extensive media attention, as it brings to light the embittered, divisive cultural debate surrounding abortion, and the clash between religious and reproductive freedom. In her impassioned dissent, Justice Ruth Bader Ginsburg remarked that the 5-4 majority decision “ventures into a minefield” regarding claims of corporate rights, which begs the question: how, if at all, does the verdict affect your business?

Filed by two Christian, family-owned businesses – Hobby Lobby, a chain of craft stores, and Pennsylvania-based Conestoga Wood Specialties – the case contested President Obama’s Patient Protection and Affordable Care Act (ACA), arguing that the law, which mandates companies to provide insurance coverage for birth control, violated their religious beliefs. While Hobby Lobby provides insurance for some forms of contraceptives like birth control pills, the company owners objected to providing “morning-after” pills and two types of intrauterine devices, claiming that these specific methods of birth control are abortifacients. The company faced up to $475 million in annual fines for their failure to comply with the law.

Although the Obama administration has previously exempted certified religious organizations from paying for their employees’ birth control, Burwell v. Hobby Lobby represents the first legal decision regarding for-profit companies localized within the secular business sector. Citing the Religious Freedom Restoration Act of 1993 (RFRA), a bill intended to protect citizens from laws that “substantially burden” their right to freely exercise their religion of choice, the court compared corporations with individuals. The Supreme Court’s Syllabus states, “Nothing in RFRA suggests a congressional intent to depart from the Dictionary Act definition of ‘person,’ which ‘include[s] corporations, … as well as individuals.’”

Writing for the majority, Justice Samuel A. Alito Jr. stated, “We doubt that the Congress that enacted RFRA – or, for that matter, ACA – would have believed it a tolerable result to put family-run businesses to the choice of violating their sincerely held religious beliefs or making all of their employees lose their existing healthcare plans.” Justice Alito also stressed the inherent limitations accompanying the Court’s decision, asserting that religious free exercise laws are only applicable to “closely held” for-profit companies, and added that it seems “unlikely” that “corporate giants [...] will often assert RFRA claims.” Yet Justice Ginsburg disagreed, arguing, “Although the court attempts to cabin its language to closely held corporations, its logic extends to corporations of any size, public or private.”

While the Supreme Court has not precisely clarified their definition of a “closely held” corporation, the IRS defines a “closely held” corporation as one that “has more than 50% of the value of its outstanding stock owned (directly or indirectly) by 5 or fewer individuals at any time during the last half of the tax year, and is not a personal service corporation.” Many have expressed their outrage over the fact that the Court’s decision seems to privilege the beliefs of owners and stockholders over those of thousands of employees, allowing the views of few to dictate the lives of many. Even though Hobby Lobby declares itself to be a company that “operates [itself] in a manner consistent with Biblical principles,” the chain store employs over 13,000 workers who observe a variety of religious faiths.

The Court’s decision begs myriad questions, not only as to the permissible structure of exempt companies, but as to whether the verdict will open the door for corporations to deny insurance coverage for other forms of medical services. As Justice Ginsburg notes, “Would the exemption . . . extend to employers with religiously grounded objections to blood transfusions (Jehovah’s Witnesses); antidepressants (Scientologists); medications derived from pigs, including anesthesia, intravenous fluids, and pills coated with gelatin (certain Muslims, Jews, and Hindus); and vaccinations?”

The verdict also exposes employees to risk: companies may attempt to circumvent the law and abuse the Court’s decision. Burwell v. Hobby Lobby is likely to inspire more for-profit companies to claim religious-based exemptions. Harvard Law Professor Mark Tushnet postulates, “I think that after a relatively short period, HHS [The Department of Health and Human Services] will do the thing that it’s done for nonprofits, which is to say, ‘If you certify that you have religious objections, your insurer will cover the cost without involving you.’” 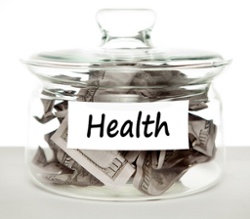 As the courts continue to establish a legal framework delineating exactly which types of companies are exempt from providing certain aspects of healthcare coverage, let’s reexamine the basics of the Affordable Care Act as it applies to your business:

With the Employer Shared Responsibility provisions set to go into effect on January 1st, 2015, educate yourself about new healthcare laws in order to avoid incurring penalties and potential financial losses. If you’re unsure about what this means for your business, or about Obamacare policies in general, consult a lawyer through Priori Legal.

Tags: affordable care act, obamacare
About Ella Gibson
You may also be interested in...
Priori Adds Legal Tech & Law Companies to Marketplace
The Widening Gulf: How COVID Will Expose Deep Divisions Withi...
Crisis Management During COVID-19 and Beyond
Like what you’re reading?
Sign up to get updates.